Thanks, we’re glad to hear from you.
We’ll route your inquiry to the proper division and they will respond promptly.

Renewable energy is the road to a greener, more secure energy future. It’s a road being paved by Wolfspeed silicon carbide semiconductors and materials.

A greener future is at hand.

In April 2019, the United States passed a significant milestone. In that 30-day period, renewable energy output surpassed that of coal generation in the U.S. for the first time in history.1 It’s proof that by working together, we can make a low-carbon society a reality.

All of our energy goes into conserving yours.

Wind, solar, hydropower, geothermal and bioenergy sources now provide one-third of all global power capacity2, and that’s rising quickly as nations seek alternatives to an increasingly problematic reliance on fossil fuels. These five renewable sources all share a common characteristic: they rely on semiconductors and materials that convert electrical power by adjusting the voltage, current, and frequency as required by various types of equipment and applications.

Energy is limited - how we use it matters. Wolfspeed has spent 30 years developing devices that help make sure every kilowatt hour is expended with extreme efficiency, to the greatest effect, using the least possible energy, regardless of the source of that energy. When it’s from renewable sources, it makes our work even more rewarding. As the manufacturer of the industry’s fastest, smallest, lightest, most efficient and highest-performing wide bandgap SiC power semiconductors, we’re more committed than ever to providing designers of any and every power system the tools to achieve their vision of a more secure energy future.

Wind energy has powered machines since the 9th century, and at the present time it contributes about 7% of total energy production globally. Here in the U.S., the use of wind energy averted 201 million metric tons of CO2 emissions in 2018, a figure that could rise considerably with an upgrade to Wolfspeed SiC technologies. Wolfspeed’s SiC-based converters outperform silicon-based devices by conserving energy and reducing system size and lifetime cost. Their inclusion enables a seven-fold gain in switching frequency, thanks to the low-loss, high-frequency, and high-temperature capabilities of wide bandgap silicon carbide3. The best news of all? These components are designed to allow field service engineers to pop them in as one-for-one replacements for traditional Si devices.

In a single hour, the amount of power from the sun that strikes the Earth is more than the entire world consumes in a year.4 That’s a tantalizing notion to systems designers seeking to harvest the maximum power out of this most visible of renewable energy sources. A solar panel’s semiconductors absorb sunlight and convert it to electricity and must do so efficiently despite the challenges presented by fluctuating ambient temperatures, high humidity and other harsh conditions. Wolfspeed’s devices offer field-proven reliability with 98% efficiency even in these corrosive, often remote environments. The R & D that permitted this high-humidity capability led to Wolfspeed’s E-Series, the first commercial family of SiC MOSFETs and diodes robust enough to be automotive qualified and PPAP capable. Consider that a utility-scale solar farm may have hundreds, or even thousands of panels and inverters, and a powerful case is made for making Wolfspeed an indispensable partner in any solar power game plan.

With demand for readily available electricity rising, communities are striving to increase their usage of renewable energy, often in a synergistic relationship with both existing and emerging Energy Storage Systems technologies. Wind and solar power paired with lithium-ion battery installations is one of the fastest-growing solutions in the category, and Wolfspeed’s wide bandgap silicon carbide technology is in the core of those solutions. Studies by the Advanced Research Projects Agency-Energy (ARPA-E) established that Wolfspeed’s silicon carbide power semiconductors enable solutions at least 50% more efficient than silicon and can handle grid-scale voltages with ease. The system-level gains from the efficiency, power density, and fast switching speed that Wolfspeed provides can make the difference in keeping the lights on.

Wolfspeed offers time-saving designs for some of the most in-demand SiC devices in power systems – Inverters, MOSFETs, Gate Driver Boards, Auxiliary Supply Units and many more. These Reference Designs come complete with application notes, User Guides and introductory presentations, allowing designers to create rugged and reliable systems with best-in-class power density, performance and efficiency. All designs are provided free of charge as part of our commitment to increase adoption of SiC in every power system everywhere. Wolfspeed also offers automotive-focused resources that help you get to market faster – a design simulator, LTSpice and PLECS models and a complete roster of automotive-qualified devices. Wolfspeed SiC. More power to you. 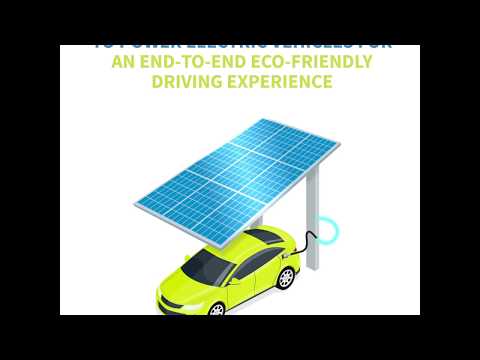 Renewable Energy
GaN on SiC Paves the Way for 5G
The next generation of telecommunications technology, 5G, promises to bring another revolution of connectivity services that extend beyond calls, texts, and simple internet and may usher in the true information age.
lock_open Continue Reading
perm_data_setting Technical Articles
Renewable Energy
Wolfspeed meets commercial demands with new XM3 module platform
Continually setting the standard for SiC-optimized packaging, Wolfspeed’s new XM3 module platform targets 100 kW - 300 kW applications delivering best-in-class power density.
lock Continue Reading
create White Paper
Renewable Energy
BaSiCs of SiC Series: Comparing SiC MOSFETs to Si MOSFETs
MOSFETs are the basic building block of modern electronics and considered one of the most important inventions of the last century. However, there have been improvements on MOSFETs, including moving from Si (Silicon) to SiC (Silicon Carbide) — which has significantly improved their performance. But what is a MOSFET, anyway?
lock_open Continue Reading
developer_board BaSiCs of Silicon Carbide
View All

Wolfspeed’s founders were the first to successfully synthesize silicon carbide, and for the last 30 years have focused on devising and supplying the world’s power systems designers with the industry’s highest performing SiC technologies for high-power applications.

As a pioneer in silicon carbide semiconductors, we now field the world’s broadest, most capable portfolio of next-generation, SiC-based MOSFETs, Schottky diodes and power modules for power and industry needs.

We are the only vertically-integrated semiconductor manufacturer and control 100% of our SiC material supply. We doubled our production capacity in 2018, are on track to double capacity again by the end of 2020, and have committed $1 billion to grow SiC wafer and device production capacity 30-fold by 2024.